Did you know Renault?

Groupe Renault (French: [ɡʁup ʁəno]) is a French multinational automobile manufacturer established in 1899.[6] The company produces a range of cars and vans, and in the past has manufactured trucks, tractors, tanks, buses/coaches and autorail vehicles.

According to the Organisation Internationale des Constructeurs d'Automobiles, in 2016 Renault was the ninth biggest automaker in the world by production volume.[3] The Renault–Nissan–Mitsubishi Alliance is the fourth-largest automotive group.[7]

Headquartered in Boulogne-Billancourt, near Paris, the Renault group is made up of the namesake Renault marque and subsidiaries, Alpine, Automobile Dacia from Romania, Renault Samsung Motors from South Korea, and AvtoVAZ from Russia.[8][9] Renault has a 43.4% controlling stake in Nissan of Japan,[10] and a 1.55% stake in Daimler AG of Germany (since 2012, Renault manufactures engines for the Daimler's Mercedes A-Class and B-Class cars[11]). Renault also owns subsidiaries RCI Banque (automotive financing), Renault Retail Group (automotive distribution) and Motrio (automotive parts). Renault has various joint ventures, including Oyak-Renault (Turkey), Renault Pars (Iran). Carlos Ghosn is the current chairman and CEO. The French government owns a 15% share of Renault.

Together Renault and Nissan invested €4 billion (US$5.16 billion) in eight electric vehicles over three to four years beginning in 2011.[12]

Renault is known for its role in motor sport, particularly rallying, Formula 1 and Formula E. Its early work on mathematical curve modeling for car bodies is important in the history of computer graphics.

Are you looking for Mercedes Service in Brisbane?

Le Mans servicing is the alternative to full price dealership services for Brisbane. We are approved Bosch Service Centres located in Milton and Bulimba for your convenience.

Our qualified mechanics are fully experienced and trained on Renault which make up over a quarter of our servicing. We offer full dealership servicing without the dealership  pricetag and we wont treat you like a number. We dont performed work without your quoted approval and if  there is  mechanical work to do we will priortise it for you so you know what is important and what can wait.

As a Bosch Service Centre specialising in professional and affordable servicing of European vehicles in convenient inner city locations Milton and Bulimba. We have been servicing Renaults for Brisbane since 1974 with all the latest scanners and tech to keep your Renault in peak condition. As long established member of the Bosch service network we can access genuine Renault parts from the Bosch international network.

Because we focus on servicing Renault across Brisbane we can normally service your car when it suits you best and have your Renault back to you same day. Our qualified mechanics will provide the best Renault Service Brisbane has to offer. Our passion is Renault service for Brisbane. Need Car Service in Milton? 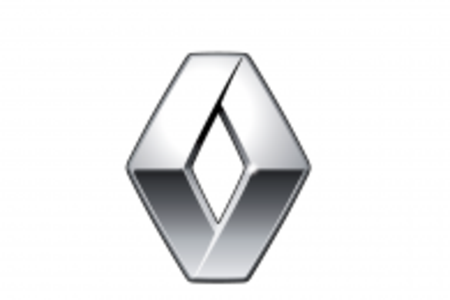